I am asking each of you to take a pledge to reduce racial polarization.  I believe that this or something very similar is the only way to begin to address the issues that have become so apparent to the white majority in the past three months.  I want to share my thoughts about why this is the time for action.  The text of the pledge is at the end of this blog post.  If you prefer to listen to a podcast, click here. 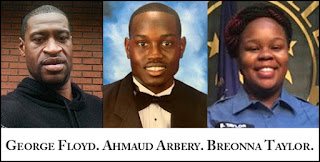 We find ourselves at a critical point in our national history.  Through a concurrence of events--COVID-19, the chilling, cold-blooded murder of George Floyd in Minneapolis, the hunting down and murdering of Ahmaud Arbery in Georgia, the police assault with a no-knock warrant that ended with the bullet-ridden body of Breonna Taylor in Louisville, and the militarized police response to peaceful protests particularly in our nation's capital--Americans seem to have come, finally, to a recognition of the damage done to us all by the 400-year tradition of racism in America.
Demonstrations have taken place in more than 60 countries on all continents except Antarctica.  In the United States, the demonstrations are unprecedented in scope and size.  Since May 26 there have been more than 4,700 demonstrations.  The estimate of the number of participants ranges from 15 to 26 million.  Self-reported participation may well be exaggerated but if the number is only 7 to 13 million it dwarfs the number of participants in the civil rights marches during the sixties.  According to the NY Times demonstration database and the Crowd Counting 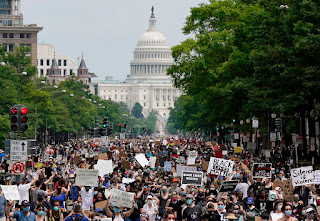 Consortium database, "more than 40 percent of counties in the United States — at least 1,360 — have had a protest. Unlike past Black Lives Matter protests, nearly 95 percent of counties that had a protest recently are majority white, and nearly three-quarters of the counties are more than 75 percent white."  Mainline organizations almost immediately lent their support in both words and actions.  The National Football League and NASCAR are two of the most significant.  Political action has already taken place in New York state and city, Minneapolis and several other jurisdictions.
It is not overblown to say that a tipping point has been reached.  People of all races and socioeconomic levels have heard something and they don't like it.  They are demanding their government at all levels take action to change.  If governmental leaders don't hear them or ignore them, they will change those leaders.  And this is as it should be.
But let's be honest.  Legal and administrative changes are important and necessary but they are not sufficient.  Didn't we learn that lesson with Brown v the Topeka Board of Education?  We can declare separate but equal to be unconstitutional but unless people's hearts change, the problem will remain and even get worse.  White flight from the urban core cities left behind school systems effectively segregated and chronically underfunded to educate a lower socioeconomic clientele.  Hearts don't change because laws change; hearts change through relationships. 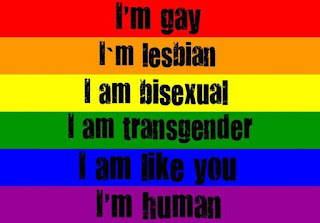 The changes in the legal status of LGBTQ Americans followed changes in attitudes of people toward people whose sexual orientation was different than theirs.  As more people discovered that family members, valued colleagues, friends, and even celebrities were lesbian, gay, bi-sexual or transgender, they realized that their sexual orientation didn't define them.  The opposition to the constitutional and legal rights of LGBTQ people evaporated in a remarkably short time.  Unless, of course, race entered the equation.  White people began to accept white LGBTQ people.  That acceptance came through relationships.  The same can happen with race relations but it has to come through personal relationships.  I know in my own case my heart has been changed from the relationships I had with people who are different from me in sexual orientation and in race.  If the only people I ever had meaningful relationships with were white, straight males and females, I would not be the person I am today.
I know that many of you understand the damage that systemic racism has done to America and Americans--all Americans.  I know that many of you have taken action in your private and public lives to work for change and justice.  These 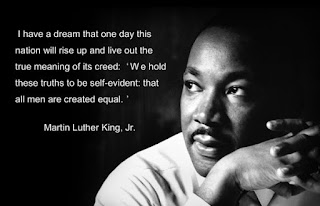 recent events have an unsettling message for us:  no matter how much we have done, it has not been enough.  We have to do more if we hope to come close to realizing the ideals on which America was founded:  That all people are created equal; that they are endowed by their Creator with certain unalienable rights; that among these are life, liberty, and the pursuit of happiness.
That's why I am renewing my commitment to a Pledge to Reduce Racial Polarization in My Neighborhood and Community and I invite you to do the same.  This pledge is adapted from a pledge developed and promoted by the Urban League of Rochester in 1992.  (I was privileged to serve as a board member and chair of the membership committee of the Rochester Urban League.)  The structural and procedural changes needed in this moment are beyond any individual's scope of responsibility.  We can and should pressure our elected officials to enact needed reforms in program and funding.  But we--each of us--need to take action in our own sphere.  I encourage each of us to commit to this pledge.  I think it is particularly important to reach out to people of color in our neighborhoods, social organizations, workplaces, and other networks and to have honest conversations about race in America.  For me as a white male, this means more listening and less talking.  This is how hearts are changed.
Below is a copy of the pledge.  You can click here to download a PDF of the pledge.

Pledge to Reduce Racial Polarization in my Neighborhood and Community

I want to live in a community where people

·         Accept all cultural, religious and racial heritages rather than fighting them.

·         Reach out to neighbors rather than avoid those who are different.

·         Learn about others who appear different rather than believe and accept stereotypes.

·         Organize, educate and encourage others to eliminate all forms of racism rather than just live with it.

·         Speak out against racism rather than passively observe it.

·         Refuse to use any form of racially derogatory language rather than accept it as part of my vocabulary.

This an adaptation of a pledge developed by the Urban League of Rochester NY in 1992.