I think I've fallen into a triangle! Part 2

In Part 1 of this post, I described my understanding of triangulation as developed by Dr. Murray Bowen.  Triangulation can help people deal honestly and directly with issues causing tension.  However, it can also open the door to manipulation which can turn the relationship toxic.  I applied this concept to the tension I experienced in my relationship with President Trump and found I was in a toxic and ultimately unhelpful triangle with the President.  I realize this sounds weird so if you haven't read Part 1, you probably should before continuing.

After trying to divert myself with hobbies and after infecting many of my personal relationships with unending Trump-rage, I turned to national news outlets to better understand what was happening.  I subscribed to the New York Times and the Washington Post.  Until a couple of months ago, we didn't have cable.  I only watched or listened to CNN and MSNBC when traveling or working out at the gym.  I became an eager consumer of news from these outlets. 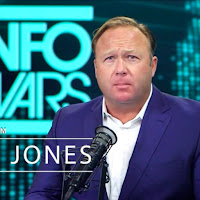 I now realize that the triangulation that began with the far-right media during the Obama administration has now infected almost all of the "mainstream" media.  The right-wing media realized that many people were uncomfortable with Obama as president. Targeting people susceptible to triangulation could build a loyal audience for the media and its personalities.  This audience eagerly accepted the most irrelevant and preposterous stories about Obama. They amplified these stories by sharing them on emerging social media.  No story seemed over the top:  Obama was born in Kenya, not Hawaii.  Hilary Clinton was involved in a child pornography ring operating out of a pizza parlor.  Like a predator on the prowl for tension-filled dyads--remember them--the right-wing press, radio, and TV found vulnerable targets from whom they could extract a lot of money.  The outrageous Alex Jones--he of Infowars--admitted through his attorney in his child custody hearing that he was a performer, playing a role.  In short, he was simply using his audience to make money, not at all to inform them.  I hope this came as a shock to his audience.

With the election of Donald Trump, however, the mainstream media gradually began to use the same dynamic.  They may have begun with just covering the news but they soon realized that they had the same kind of market with liberals and mainstream moderates as the right-wing media did with conservatives. While they have not gone to the extreme of concocting patently false stories, they have targeted me and other vulnerable Trump-stressed people.  Here are two examples from the day I am writing this. 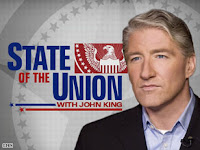 As CNN was waiting for Governor Cuomo's daily briefing on COVID-19 in New York, John King read a story about the increasing deaths in the US and the rate at which they were increasing.  As part of that story, he ran a clip that showed Trump making statements in January and February about coronavirus.  Trump clearly downplayed the threat to America.  The clip contained true statements.  No question about that.  However, including these in the story was calculated to engage me emotionally, stoking my outrage at the ineptness of Trump and his willingness to lie or his unwillingness to do his homework.  None of that was relevant to the story about the increasing deaths.  It added no new information; it didn't help me understand the pandemic and prepare for it.  It used time and space to stimulate me emotionally and thus hook me into a triangle with CNN designed to make Trump the outsider.

Here's another example.  Nicholas Kristof published a piece in the NY Times this morning with this title:  "Trump Wants to ‘Reopen America.’ Here’s What Happens if We Do."  The first paragraph mentions Trump and "other political conservatives" and their desire to end the social distancing by Easter and treating this epidemic as though it were the flu.  From that point on, the article is a careful and creative analysis of how epidemics spread and why closing down is the best way to "flatten the curve."  The article includes a simulation model that shows the impact of longer or shorter periods of social distancing.  It is dramatic and instructive.  I have no quarrel with the article but what grabbed me was the title about Trump.  But the article really wasn't about Trump.  I know the editors would argue that that's the point.  I got pulled in to read the article because of the headline and thus learned a lot about the epidemic that I would otherwise not have known.  But still, that headline was crafted to appeal to someone like me, filled with anxiety about my relationship with the president.

While I was gaining more information about public issues from the mainstream media, my anxiety was constantly stimulated by the same media.  If this were not bad enough, I began to realize that my personal communications became infected with this virus.  There are family members and friends with whom I avoid talking politics and I am very careful when discussing national issues.  I love them and value our relationship deeply and do not want to run the risk of disrupting that relationship.  I think they might feel the same way.  But then I realized that the conversations I have with friends and family who do share my views and my Trump anxiety have also been impacted.  I haven't tried to measure the proportion of these interactions devoted to discussions about President Trump.  My sense is that these have consumed a growing share of our time.  Triangulation helps explain why.  I can ease my distress and tension by interacting with others who feel the same way.  Our relationship may grow closer but for all the wrong reasons.

The calming effect of some amount of such sharing is valuable but it does nothing to deal with the cause of the anxiety.  More important, increasing this component of the interaction can easily weaken the relationship.  For example, the more time I spend talking to my daughter about Trump and his outrages, the less time we have to talk about our lives, our relationship, our challenges, our joys, our experiences, our achievements, and our failures.  These are all the subjects that build, sustain and deepen relationships and yet I fear that I have substituted calming my anxiety for deepening a relationship that is important to me.  For daughter, I could have written son, wife, sister, brother, grandson, granddaughter, or friend.  The point is that my personal relationships have fallen victim to triangulation.  It is not that these relationships are not good but that they could be much better.  Think about what we all talked about five years ago.  What are we giving up because Trump-talk takes so much of our time?

As with all toxic triangulation, it hasn't helped me deal with the underlying issue.  I am still anxious in my dyad with the President.  The momentary relief provided by the liberal media or these conversations with friends--both of which tend to repeat themselves to the point of boredom and thus require constant shots of new outrage over the latest twitch of Trump--keep me from taking positive and direct steps to change the situation.  And that is important because I believe that Trump poses a threat to the values and traditions that actually do make America great.

Here are five steps that I am trying to take.  First, gain a deeper understanding of why I get so anxious about his antics and tweets.  That might be an appropriate and healthy conversation to have with family and friends.  A therapist might be a good idea as well.  Whenever an emotional reaction is more than could reasonably be expected, there are often underlying personality problems that are asking to be addressed.

Second, take positive steps to change government policies with which I do not agree and support those in line with my thinking.  Volunteer and/or financially support campaigns on the national, state and local levels.  Spend time listening to candidates whose personal style is to include rather than exclude.  Avoid any politician who thinks the only problem is the man the nation chose as president in 2016.  Five years ago, there were plenty of problems.  What about those?  At the very least, I would be putting my energy to use rather than just endlessly talking about the problems.

Third, think and express myself more clearly about concerns and issues without becoming overly polemical and partisan.  This means I would have to inform myself on the issues and not just the politics of the issues. Discover sources of information that are not infected with this triangulation.  Since that might be impossible, vigilantly look for triangulation and resist the temptation to let it take over and distract from the information.  Perhaps I could just be a responsible citizen, able to see and hear both sides.  Imagine that!  And come to my own position without any ideological bias.  Imagine that!

Fourth, find media that deliver information in a way that is not so partisan.  We need media that do not focus on our anxieties as a way to drive circulation and eyeballs...and thus profits.  I have found USA Today to be a welcome change.  It covers the news but does so in a way that creates a sense of normalcy and balance.  The PBS Newshour and NPR news do the same.  They present the news with a sense of decorum and balance.  There are others as well.  We just need to look for them.

Fifth, engage with family and friends focusing on all those things and experiences we used to share.  Time has slowed down for many of us during the COVID-19 isolation.  We can be more reflective.  We can share with each other how our day-to-day life has changed.  It can be a time to reconnect and focus on what's important to us.  For me, that means family relationships.  My children and grandchildren, my wife and in-laws, my friends especially those I haven't connected with for a while.  It means spirituality and religious beliefs.  It means the art of making photographs.  It means learning more about website design.  It means writing which has always been central to my life.  Writing helps me be clear about what I think, how I understand the world.  As Flannery O'Connor said, “I write because I don’t know what I think until I read what I say.”

These are all ways we can reconnect with what and who we truly care about.  We can step aside from the madness that plays out around us.  We may not be able to change that madness but we can stake out our own world where sanity, courtesy, respect and compassion live and grow.
Posted by Bill Pickett at 12:23 PM